The fictional plaque from Back to the Future has become an iconic item that teens have longed for. During one of the interviews, the director of the film told reporters that the board had been invented for a long time, but parents are preventing them from starting the mass production of gadgets. After that, the phone lines of Mattel company crashed potential buyers. They demanded to start mass production of hoverboards against the will of parents around the world. Teens called Mattel because the makers of the film had put the logo on the hoverboard.

It is 2018 and we are not too close to the flying board, which is equipped with two anti-gravitators instead of wheels. In the summer of 2015, Lexus presented its prototype hoverboard. The board is called Slide and can only fly along a given trajectory. Especially for the presentation of the product, the company built a skatepark; magnetic rails are laid under the flat surface of the ramps, which prevent the board from falling.

Creating a hoverboard : the history of Lexus

The board flies due to superconductors, in which resistance is zero at low temperatures. If you place a superconductor in a magnetic field, it is completely displaced from its volume. This creates a magnetic cushion that allows the board to resist gravity.

The required low temperature appears due to the use of liquid nitrogen, which is flooded with a superconductor. It is because of him that steam is visible in the video around the board.

Order a hoverboard case design you can visit the industrial design studio KLONA. Tell us your ideas, maybe your design is more revolutionary than Lexus.

It’s not just corporations that work on flying board projects. French athlete and inventor Frankie Zapata has already presented 2 projects that are conditionally similar to a hoverboard.

The first is a board that surfs over the water using a powerful stream of water. It exists in two versions: a prototype Flyboard and a modified version of the Hoverboard, which is capable of accelerating to 37 km / h. The structure looks massive: a long hose is attached to the board through which water is supplied. It provides the required head. Frankie showed the prototype back in 2011, but the stable version did not appear until 2014, when he organized a large-scale presentation of Hoverboard’s capabilities.

You can order the development of your invention in the CLONE studio. We provide electronics industrial design services …

On the Zapata website, you can buy the skate itself, a hose, fasteners and a suit. It is not necessary to buy a special water scooter, the design of Zapata is modular, it can be connected to modern models of water scooters.

How much does it cost to develop Zapata’s hoverboard design, history is silent, but a set of boards, spare parts and a suit will cost at least seven thousand dollars.

Zapata’s second project is Flyboard Air. This design is very far from the concept from the movie “Back to the Future”. In shape, it resembles a small model of a spaceship. a helmet and a special suit are required for use.

The device can fly 10,000 feet (3048 meters) without recharging and develops a speed of up to 150 km / h, which means that the device can only fly for 10 minutes before the battery runs out. The website states that Flyboard Air is available for pre-order, but there is a note that it is not suitable for “entertainment purposes”. The cost of this non-entertainment toy is 250 thousand dollars.

Flying satchel: from fantasy to reality

Jet pack (rocket pack, rocket belt) is a device that is attached to the back like a backpack and allows a person to take off. Powered by reactive thrust, which is generated by the built-in motor. He throws out a vertical jet stream, and the person soars up. The design of the rocket packs is quite simple, and an experienced engineer can make it himself, in a home workshop. They are all based on a classic 1960-1969 design by the inventor of Wendell Moore.

The flight with the knapsack is spectacular, but short. The design uses an internal combustion engine, and the fuel is burned very quickly. On average, the flight lasts 30 seconds. This hinders the distribution of knapsacks, their commercial success. However, enthusiastic inventors do not want to give up and are persistently looking for a way to the sky. To prolong the time in the air, they are improving the design of the backpack.

This invention entered the market in 2009, the last version was released in 2015. The minimum set will cost 4 thousand euros. The device is marketed as a safe gadget for recreation. The design allows you to stay in the air for more than half an hour and control the direction and speed of flight using two levers that are at shoulder level. It is worth mentioning that the more a person weighs, the lower the flight speed.

Like the previous water skate, the design is modular and versatile: you can attach the set to a standard jet ski, you don’t need to buy a special one. The metal part is made of stainless steel. The invention is positioned as ultra-safe, suitable for the whole family. The design allows for the possibility of falling and cushions impacts.

A satchel that is equipped with wings and allows you to hover is a popular type of design. Among its advantages: the ability to extend the flight. Unlike the classic jetpack design, such devices fly for about 10 minutes. Features that can be called minuses are the inability to start from the ground and the need for a parachute for landing. The first factor hinders the mass character of the invention. Not everyone who is willing to pay several thousand dollars for the device can afford to rent a helicopter to use the device.

Promotional video of Jetman and The Emirates airlines

The parachute, on the other hand, makes the application more dangerous, and requires thorough physical preparation from the potential consumer. However, for a narrow target audience, such devices are still attractive. They allow you to perform tricks in the air and land at a distance of tens of kilometers from the landing site. Although they are not very similar to jetpacks in the initial concept, they satisfy the desire of a person to soar like a bird.

Unfortunately, the company is delaying the release of its device to the market. In 2015, the creators reported that the purchase would become real in two years. However, 2017 is over, and sales have not been opened. Let’s hope this is a delay and not a closure of the project, because the idea of a flight looks too tempting.

Order 3D modeling jetpack or hoverboard you can in the KLONA industrial design studio. We will create an invention project according to your drawings and help with its implementation … Let’s conquer the air element together! 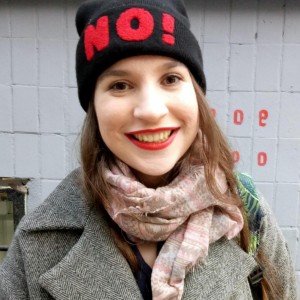