Home / Blog / Industrial Design / Development of industrial design of electric vehicles: who did it

Development of industrial design of electric vehicles: who did it

First of all, we want to admit: this will be a subjective article. The specialists of the “Clona” company are not indifferent to the fate of the environment, therefore we are in favor of electric cars with all our hands, feet, as well as the rest of the body.

Taking pity on your psyche, we removed the epithets “wonderful”, “wonderful”, “charming” from the text and left dry facts about the design of the 3 most popular electric cars: Nissan Leaf, Tesla Model S and Ford Focus Electric.

In the beginning, a brief educational program. An electric car is a car that is driven by an electric motor powered by batteries. Unlike cars with an internal combustion engine, an electric car has fewer moving parts, and, as a result, more free space for passengers and their belongings.

In 2017, the most common electric car in the world market is the Nissan LEAF. Its first appearance took place in 2009. Less than a year later, mass production began. Initially, the assembly was carried out only in the Japanese city of Oppama, but already in 2012 Nissan plants appeared in America and the UK.

Was the project a success?

As promised, we answer with dry numbers. Even before the start of official sales, the number of applications for the purchase of the car exceeded 6,000. And this is only in Japan. To date, over 240,000 Nissan LEAF electric vehicles have been sold worldwide.

Every few years, the automobile concern releases models with updated equipment. Nissan LEAF S, SV and SL are now available on the market. What is the difference? The SV contains the S equipment, cruise control and Nissan Connect multimedia. And the SL is the SV, to which they have added leather upholstery, foglights, LED lights and a solar panel. Each subsequent model rises in price by $ 2000.

We are the masters industrial design and 3D modeling , therefore, we will dwell in more detail on the external characteristics of the Nissan LEAF.

The most voluminous component of the Nissan Leaf – the battery pack – is located under the floor of the body, which allows you to save space in the cabin and lower the center of gravity. The front part of the body has a laconic design.

There are vertical LED headlights on either side of the bonnet. They are designed to redirect air away from the rearview mirrors. This makes the car more streamlined. The flat underbody also improves aerodynamics.

The flowing roofline merges into the rear spoiler, which redirects airflow and reduces drag.

At the back of the electric vehicle are vertical light units. And no exhaust pipe.

If the main requirement of developers for appearance is hyper streamlining, then the interior of an electric car can be described as follows: spacious and technologically advanced. The interior can comfortably accommodate 5 adult passengers.

Nissan LEAF information system functions: Bluetooth smartphone connection, climate control, 4-speaker stereo system and USB port. There are symbolic Christmas trees on the dashboard that clearly demonstrate the efficiency of driving. The more economical you use electricity, the more trees appear on the screen.

For an additional fee, you can install a navigator, 3 additional speakers, internet radio and a parking camera with an all-round view.

Now motorists are holding their breath in anticipation of the Nissan LEAF with an updated package. The developers have already posted the photo to the network. The design of the electric vehicle is fundamentally different from previous models. Nissan LEAF 2018 borrowed many design decisions from Nissan IDS, which has been on the market for 2 years.

Briefly about the main thing:

Read also: Our most interesting article on the industrial design of fuel vehicles …

Photo. Elon Musk at the presentation of Tesla Model S

Now there are 3 models on the Ukrainian market: S, X and Model 3. Let’s deal with the industrial design of the Tesla Model S.

Tesla Model S is a high-tech premium car. Fast, stylish, expensive. Has a salon of 5 (if desired, 7) seats, a liftback body. The body is made of lightweight but tough aluminum. High strength steel is used in key areas to increase safety.

Model S is equipped with a panoramic glass roof. Even in the hottest weather, the modified glass maintains a comfortable interior temperature.

The developments of industrial designers did not go unnoticed. In 2012, the electric vehicle received the Car of the Year award from the American Motor Trend magazine.

Tesla’s developers have gone beyond Nissan in pursuit of ideal aerodynamic performance. During movement, the door handles are hidden in the body, making the body completely streamlined. The drag coefficient is 0.24. This is an ideal figure with a liftback weight of 2108 kg.

In 2016, Tesla unveiled an updated industrial design for the Tesla Model S electric vehicle. Developers abandoned the fake radiator grille and improved the air supply to the cabin. The car now uses HEPA filters that are 10 times more efficient than conventional automotive filters.

The specialists of the Klona agency are confused as to why a car owner might need highly efficient air purification from particles with a diameter of 5 microns. After all, he inhales the same microorganisms and small dust particles just leaving the cabin. Probably, the designers of the Tesla electric car know better.

Briefly about the main thing:

It is a five-door hatchback that has been designed based on the petrol Ford Focus. A worthy competitor to the Nissan LEAF (we are silent about the Tesla Model S, since it is a different price category).

Small body, low seats. Silence in the cabin, both when starting the engine and while driving.

Externally differs from the usual Ford Focus only in the charging port, which is illuminated during charging. The owner of an electric car at a great distance can see the percentage of the car charged.

Photo. Charging port of Ford Focus Electric is made in the form of a pie chart

It is comfortable to be in the cabin. Plenty of legroom and headroom, leather upholstery and heated front seats.

The electric car is stuffed with the MyFord Touch information system, which makes it possible to control your smartphone using voice, climate control system, 9 speakers, satellite radio and navigation.

The big drawback of a “focal” electric car is the lack of free space in the trunk. This is where the engineers placed the batteries.

In 2015, the electric car underwent a restyling. For the bumper, grille and optics, the engineers have developed a new industrial design. The steering wheel and center console have been modified. The interior has preserved details of blue color, which remind of the environmental friendliness of the car.

The KLONA Industrial Design Agency not only believes, but also knows that in some 30 years, fuel cars can be found only in museums.

Innovations appear on the market every day. If you also want to contribute to technological progress, and startup concept appears in dreams – we will help you turn ideas into reality. 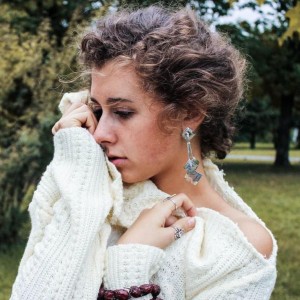 Development of 3D models and design of snowballs
Read More »

How to create a new invention: step by step instructions
Read More »

Luxurious industrial design: what millions are paying for
Read More »

Industrial design and 3D modeling of the housekeeper